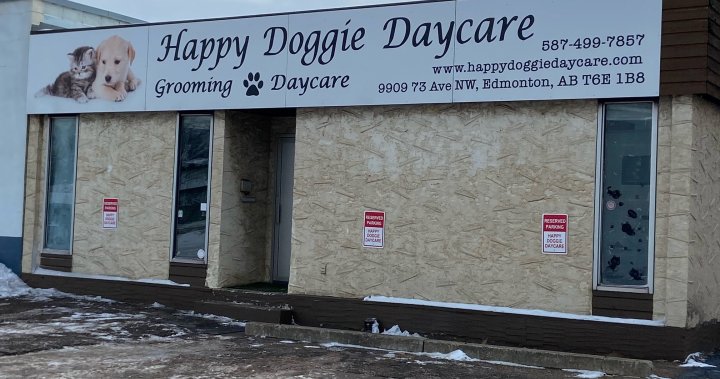 Four cats and 17 dogs — some of them puppies — were seized last week from a doggy daycare in south Edmonton by city peace officers, who claimed the animals were in distress.

A notice was posted at Happy Doggie Daycare ( 9909 73 Ave.) on Friday, Dec. 9, saying City of Edmonton Animal Care and Control peace officers were seizing the pets under Section 3 of the Animal Protection Act, which deals with animals in distress.

A news release issued Monday afternoon confirmed the seizure, saying it was triggered by a complaint about the well-being of the animals.

“So what that entails is adequate space, ventilation and shelter, and ensuring animals have adequate food and water — basic necessities of life for animals.”

Rogiani said animals that were not seized were permitted to go home with their respective owners by the end of the business day, and any remaining pets were taken to Animal Care and Control in northwest Edmonton.

“The animals that we seized are all being cared for by our staff at the Animal Care and Control Centre and are in stable condition,” said Rogiani, adding they received medical and veterinary care as needed.


While six have been reunited with their owners or the owners have been found, the city said most have yet to be identified.

The City of Edmonton’s Animal Protection Act Unit is looking to speak to anyone who recently boarded their dog or cat with Happy Doggie Daycare.

“While our investigation is still ongoing, we really want to see these animals reunited with their owners and are looking for anyone who may have recently boarded their pet at this facility.”

Rogiani said city staff believe at least 10 of the seized animals were owned by the business owners and the rest were being boarded for customers.

Pet owners who recently boarded their pet with the facility or who may have information of use to the investigation are encouraged to call the City of Edmonton at 311.

“We believe a lot of the owners may be out of the country and unable to be reached at this time,” Rogiani said.

“We’ve exhausted all of our efforts to attempt to contact them: We’ve gone to homes, we’ve made a lot of phone calls and emails and we’ve been unsuccessful in reaching a few of them.

“Up until this point, the business owners have been uncooperative with us.”

The city did not specify what conditions led to the seizure last week, but did say owners should be vigilant that their pets will be well-cared for and the facility is safe while choosing a pet boarding business.

“We recommend pet owners do a walk-through of the facility before leaving their animal and look to ensure that animals have adequate space to roam, access to adequate food and water and conditions look clean and safe,” Rogiani said.

“It could be a red flag if owners are not permitted to do a walk-through before they leave their pet.”

The city said the business has voluntarily closed its doors at this time but was not required to.

“The ongoing investigation may change that, but right now the owners have decided on their own accord to close the business,” Rogiani said.

Happy Doggie Daycare’s website is still up, where it says it offers grooming, boarding service and daycare at its 3,000-square-foot indoor and 450-square-foot outdoor play space along 99 Street in the Ritchie area.

After Global News tried to contact the business both via phone and email on Monday morning, its Google profile was updated to show it is permanently closed.

In the afternoon, people could be seen going in and out of the business, loading pet furniture and cages into a moving truck.

Global News attempted to ask questions but the movers and people who locked the doors to the business refused to answer.

Reviews of the business ranged from glowing to scathing but overall, the business had a 4.4/5 rating from 72 reviews posted over several years.

The Alberta SPCA is not involved in this case as it happened inside city jurisdiction.

The Edmonton Police Service said its animal cruelty unit was not investigating and deferred questions to Animal Care and Control.

Rogiani said charges are pending under the Animal Protection Act of Alberta but as of Monday had not been laid.

The city said APA officers are continuing their investigation and the news release said under the Animal Protection Act, a person who owns or is in charge of an animal: 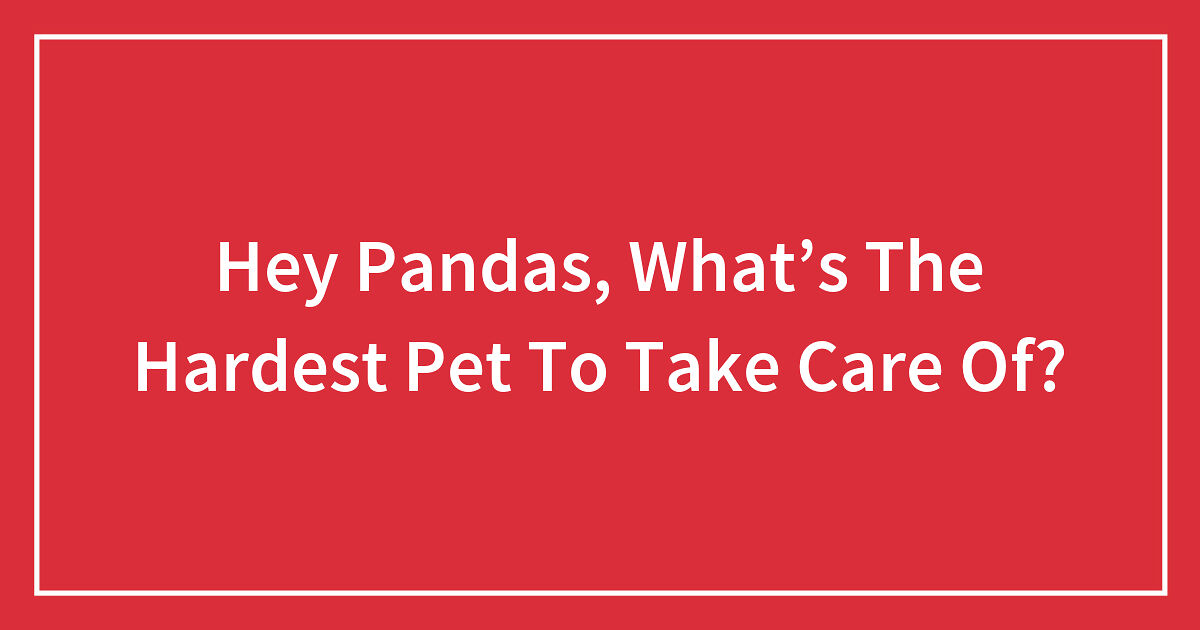