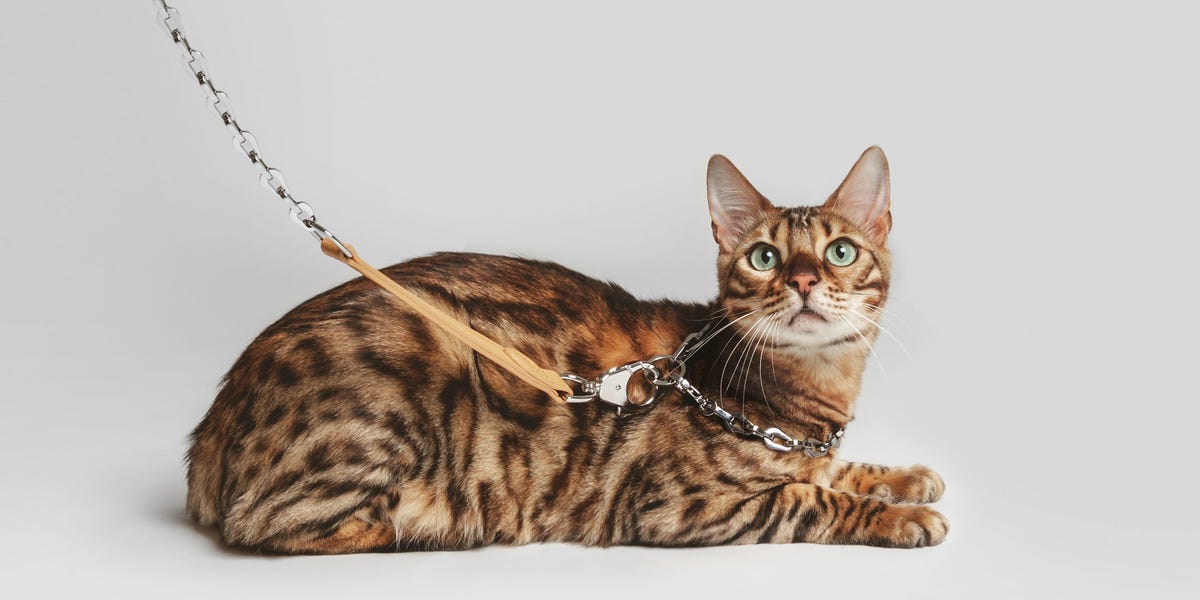 Thanks for signing up!

Access your favorite topics in a personalized feed while you’re on the go.

This past spring, accessories designer Anya Hindmarch opened her latest store in the affluent London district of Belgravia. Unlike her other five stores, which sell items like tote bags that say “I’m Not a Plastic Bag,” A. Houndmarch, as she called it, served beef pâté, duck sausages, and cookies.

But the shop isn’t a café — it’s a pop-up aimed squarely at an entirely new group of customer: dogs.

Pets are a prime market right now, thanks in part to the pandemic. A 2021 report by the American Pet Products Association found that ownership of small animals, fish, and reptiles increased 30% in the US in 2020, with retail sales of treats, pet supplies, and vet care rising 6.7% year-over-year. Thirty percent of pet owners said they spent more on their pets and pet supplies in 2020 than in 2019.

In Hindmarch’s home territory, more than 3.2 million British households acquired a pet over the course of the pandemic, the Pet Food Manufacturers’ Association reported last year, contributing to a total of 34 million pets in the country.

Pet care is one of the few industries that’s shown to stand steady, if not grow, in times of economic crisis. And with more people working from home, some are using money that might otherwise have been spent on commuting to splurge on their adoration for the new family dog.

Our increasing tendency to anthropomorphize dogs is a factor, too. The more we treat them as substitute humans, the likelier we are to spend on luxury treats for them — and a few canny businesses have spotted the potential for profit.

At A. Houndmarch, along with dog treats, customers can buy £150 dog collars and £125 poop bags (and poop-bag charms) and mingle with dog therapists and caricaturists. Over the five weeks the pop-up was open to the public, Hindmarch told Insider that more than 3,000 dogs and their owners passed through its door. “It was so charming, and such an insight into humanity and what pets really do for people,” she said. “It really showed their soft underbelly.”

Hindmarch’s short-lived project is just the latest sign of the opportunities available in the upscale pet market, especially for dog owners. Countless designer brands have added capsule collections for pets in recent months: For its holiday 2020 collection, Prada launched a line of dog puffers and coats starting at $495. In summer 2021, Versace expanded its homeware collection to cater to pets, no doubt inspired by Donatella’s own Jack Russell, Audrey.

A few months later, the clothing boutique DSquared launched a pooch-skewing offering, while Hermès bolstered its capsule collection of pet products, including leashes, with new items like a $1,100 wooden dog bowl.

The new market for luxury dog accessories is aimed at owners looking to treat themselves, too

Kristen Boesel, a senior lifestyles and leisure analyst at the market-research firm Mintel, has been tracking the luxury pet sector for four years. She told Insider the rise in demand is fueled mainly by wealthy millennials. “As they become higher earners than before, they can spend on things that have less of a functional purpose,” she said. “And as they’re having children later, they’re adopting pets and transferring some of their parenting urges onto them first. It has created an opportunity for niche products that makes pets’ lives more comfortable. It’s about pampering their dogs now and giving them the best.”

Hindmarch said she stumbled into her pup-powered project almost accidentally, after launching a different collection the previous year and seeing that response. “It was all things you might need when walking, so a dog-poop bag was part of it — that was the piece that showed us the potential to expand the project because it sold so well,” she said. “And we said, ‘OK, let’s lean into dogs, because it’s a fun area, and we love fashion with a purpose.'”

The project was more than just a PR stunt for Hindmarch — it acted as a bridge to a new clientele that would help expand her business. “Our customers for sure are passionate dog people, but we could also reach a new customer: ‘pilgrims’ who are dog lovers and came for that. They might look at other products as well.” It’s a strategy that underpins the move into products made for man’s best friend from Prada and others — once your dog sports a spiffy new puffer, why wouldn’t you want to match their outfit on a walk?

Pagerie, a luxury pet brand that just launched a collection aimed as much at humans as at dogs, hopes this will be the case. Mandy Madden Kelley, a New Zealander now living in LA, launched Pagerie two years ago, having leveraged her social-media fame as a beauty and fashion influencer to get started and find customers in this new sector.

“All these individuals, dressed head to toe in Chanel, in Dior, or Prada — I remember thinking to myself, ‘Wow they look stunning, absolutely flawless,'” she said. “They would always bring their dogs with them, though, and there was a disconnect between what they were wearing and what their pets had.”

Pagerie aims to close the style gap, offering items like a $152 poop-bag dispenser and a $525 leash — all packaged in a dust bag with an authenticity card, much like a designer purchase. The leather items are made in Europe, and Madden Kelley said her manufacturer was a favorite of many Paris-based luxury brands. “I’d struggled to find something good quality as a pet owner myself,” she said. “The only thing on the market was the typical high-end fashion brand, making very basic collars and slapping their logo on them and calling it a day. I wanted something more sustainable, durable, and meaningful.”

In June, Madden Kelley launched her latest collection, one expressly intended to go beyond outfitting upscale pups. The four designs include a $280 chain collar made from hypoallergenic stainless steel and available in four sizes that’s worn on the website by both a human and a cat; a $585 leash ideal for walking a feline or a toy dog; and a $950 belt bag for owners. “In LA, people love to go to Runyon Canyon, and I see them hiking with their dog on the weekends and they’re doing some type of phone call, multitasking at the same time. The belt bag is designed so you can attach your dog to it and be hands-free. It’s for the fast-paced lifestyle,” Madden Kelley said.

Trends in human fashion are reflected in what our dogs wear

Flint Beamon has also seen an increasing overlap in what dogs and their owners wear. He’s the cofounder of the Texas-based Barkin Creek Dog Kitchen, an upscale dog brand that offers gourmet food as well as toys, accessories, and grooming. “If you’d told me a year ago I’d be selling beige and nude-pink collars and leashes, I’d have said, ‘Of course not,’ but now Ye and Kim Kardashian are producing products in these colors — people follow the trends,” he told Insider. When news broke that Lady Gaga’s injured dog walker used Wild One accessories, Beamon added, sales of that brand at his store spiked.

Beamon estimated his firm’s food costs around 15% more per serving than an average bag of dog kibble but said there’s a ready market for a premium pet food. “Humans have started to read the back of products, the labels, and that translates into their pets, too — that’s the ‘Oh, really?’ moment that’s great for us,” he said. “We have people from all walks of life coming in. I have little old ladies on Social Security, someone who wants to make sure she’s feeding her 12-year-old toothless chihuahua something they can eat and enjoy.”

Data supports Beamon’s thesis. Mintel conducted an in-depth study in 2020 that found the market for pet-care products and services had grown 30% in the preceding five years, powered mostly by pet food. Eighty percent of those Mintel surveyed said they enjoyed spoiling their pet.

Boesel recalled a focus group that exemplified this mindset. “One woman told us she might switch from serving her dog chicken breasts to chicken thighs, but she’d rather just buy a cheaper Scotch for herself,” she said.

As its name makes clear, Barkin Creek Dog Kitchen focuses squarely on dogs rather than cats — mostly, Beamon said, because the business opportunity is much bigger as a result of the different ways we live with each. “Dogs? You take them out in public, but cats stay home — you can’t show off the way you can with a dog.”

Hindmarch agreed with that sentiment. “The market for dogs is more intense. Cats you tend to leave at home. You don’t travel with them, they can be left because they’re so much more independent. Dogs are more dependent, so the relationship is much deeper. And with my commercial hat on, that means the opportunity is bigger.” 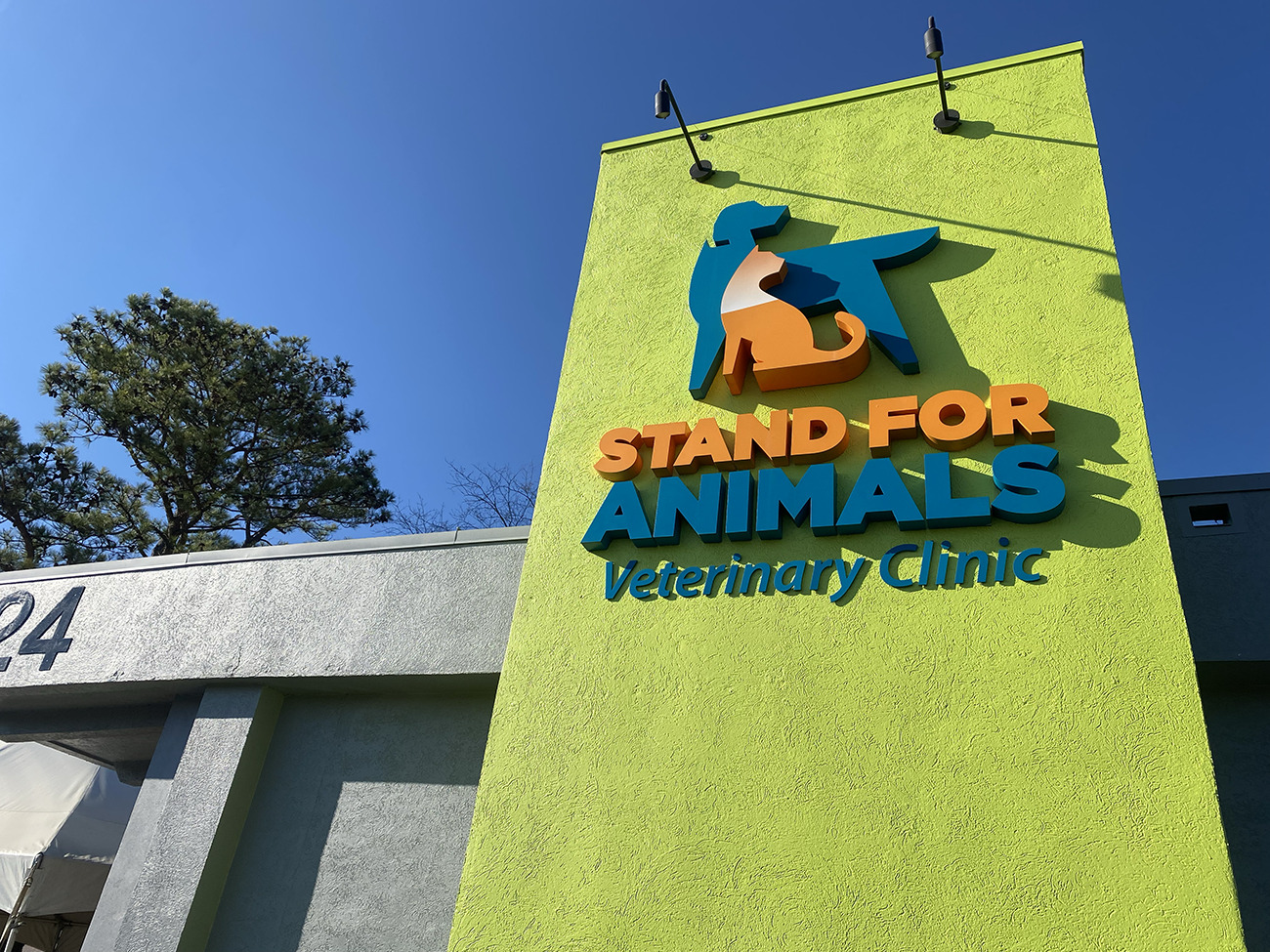